It’s been an interesting first week of Nanowrimo for me.  One reason I didn’t make a blog post last week, because between getting “A School for Villains” out on Amazon and starting my novel, I was too overloaded.  However, three days in, I got stuck.  That’s happened before but not quite this way, or with quite this result.

See, I spent a lot more time outlining the book than I have in the past, partly to prevent getting stuck, but despite that, I was hitting a wall that seemed more about a lack of getting into the character’s heads properly or the spirit of the world.  Because the work was connected with my new release I found the stress was too high, and ended up realizing the book just wasn’t ready to be written for several reasons.  I set aside the project at my husband’s suggestion, set my word count to zero, and started another novel instead.  While I’m still tragically behind, the book is far easier to write despite no planning at all.

This has gotten me pondering when a novel is ready to be written.  You would think after having drafted twelve novels in full and publishing two of them I’d already have an idea of when  new idea is ready to be written, but this year’s progress (and the first time I’ve ditched all my word count instead of sticking it out) has made me realize I actually don’t know the perfect magic that means some books get written and others get stalled. 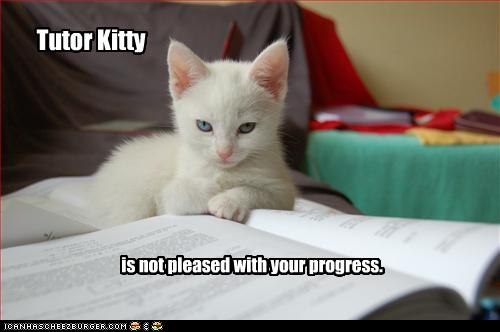 See, those twelve novels have at least that many or more that got started and never finished.  I’m just one of those disgustingly prolific writers and to be fair I’ve done this over eight years, so it was a rather long period of time.  So, I thought I’d do a bit of self examination and try to figure out what makes a book ready to write for me.

The problem is, it doesn’t seem consistent.

My first novel took five years to write (not counted in my tally for the other novels) and that was understandable.  I was learning the craft.  That also gave me plenty of time to ruminate on other ideas because I’d vowed not to start a new project until I’d finally finished the book.  It was my way of making myself finish something.  So, when I made myself finish in time for Nanowrimo, it didn’t surprise me that the idea I picked for my second novel was easy to write, it’d been sitting in my head for 5 years.  The same with the third book I finished, a  sequel.  It’d had a long incubation period.

But then, the next two Nanowrimos I picked brand new ideas instead of the ones that had been sitting around in my head.  They just insisted they were more interesting and so despite being new and unplanned I went for them.  I wrote two very tight and well-plotted novels with them, one of which was my first published book.  In both cases I had a strong premise and a concrete climax and little else, yet they flowed easily.  Meanwhile better plotted and researched projects languished.

Thinking that perhaps an idea being new and energetic was the answer, I tried just going with it and discovered over the following few years it didn’t work reliably. I had a lot of false starts and painfully long battles to finish a number of following novels.  I had about three Nanowrimos in a row that the final product was basically unfinished and unreadable and the only progress on finishing novels that I made was on slower written projects during the rest of the year.  It made me feel like being better researched and plotted would help the novels come out better.  Thus my attempt to prepare better this year.

And yet here I find that my well plotted and researched project wasn’t ready, while an idea I’ve had kicking around in my head that’s indistinct and vague seems to be ready to go.  Apparently I’m not very good at knowing myself.  My only consolation is that this time I realized what was wrong was I didn’t feel ready to write the book and that I was better off setting it aside and writing something else than getting  a mangled draft out of all my work like in some of

This leads me to think that perhaps the only way for me to know if a book is ready to be written is to try it and see if it flows or if it flops.